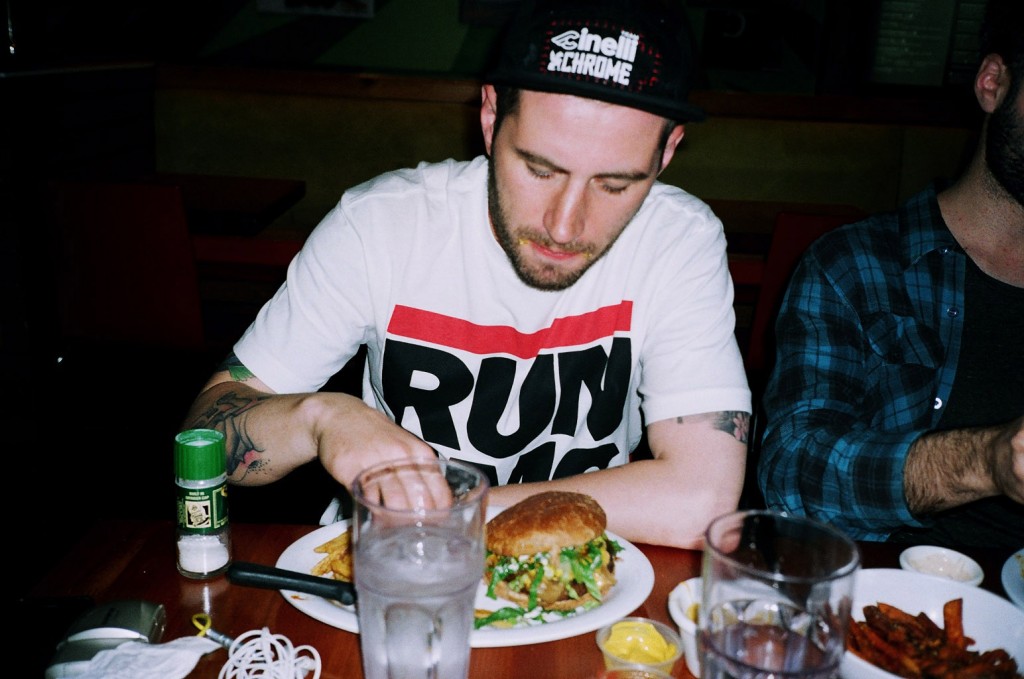 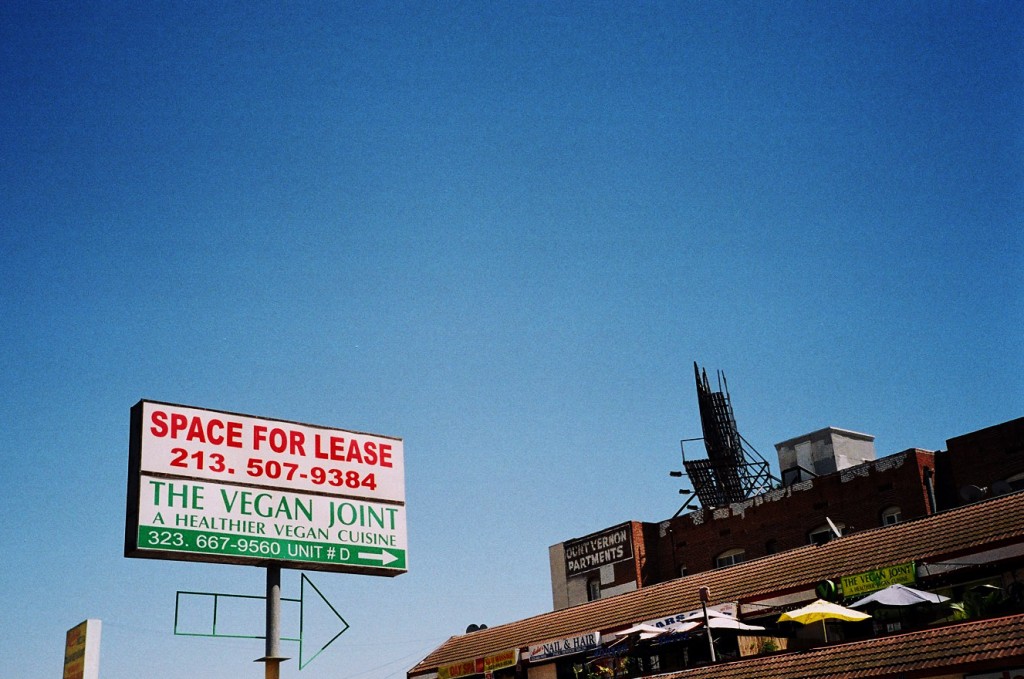 let me interrupt this post right here - while i drool - to tell you that LA is the most vegan friendly place i ve been to.
our fist stop was Veggie Grill, a chain restaurant where everything is vegan and extremely greasy in a very delicious way (like that burger from the first photo).
i also visited other healthier vegan options - like Cafe Gratitude, which i already knew from the last time i had been in LA - but even in the most random places it would always be easy to get a vegan option. 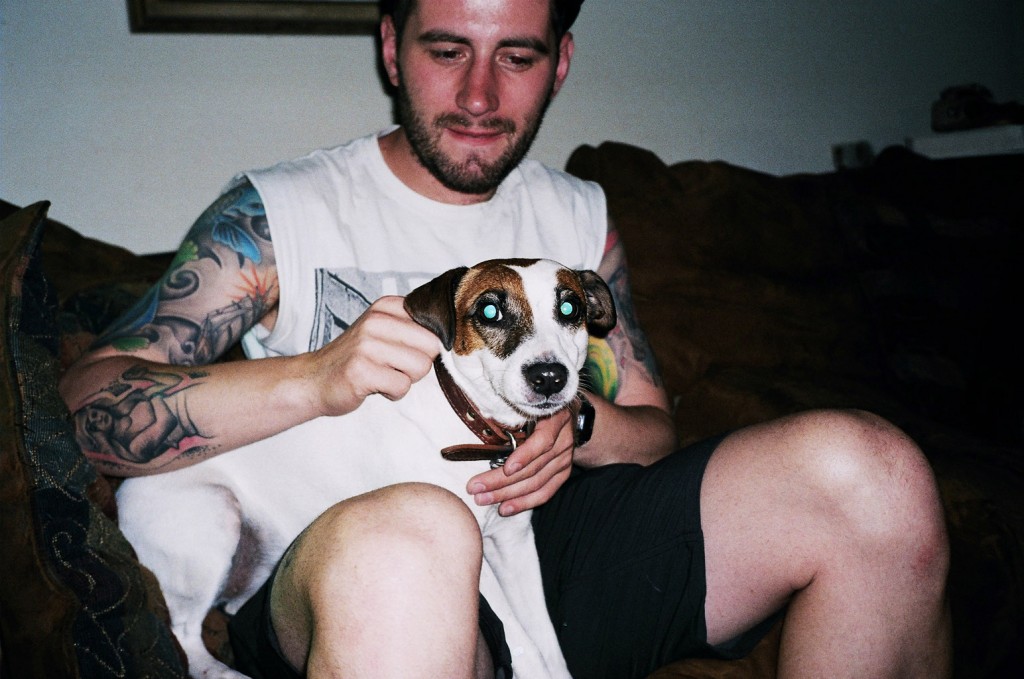 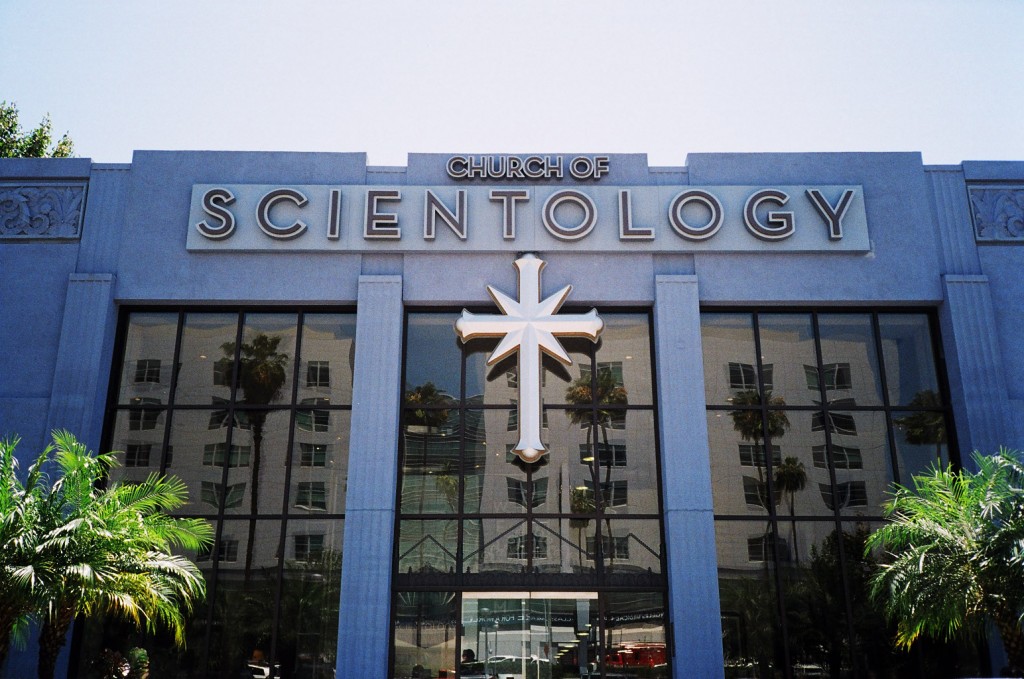 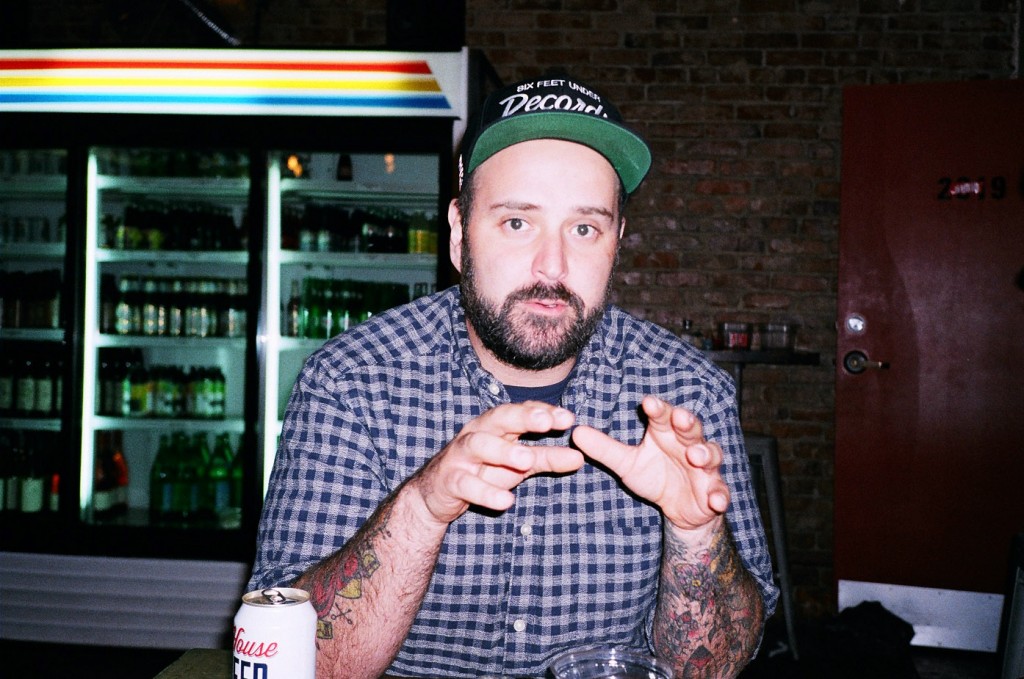 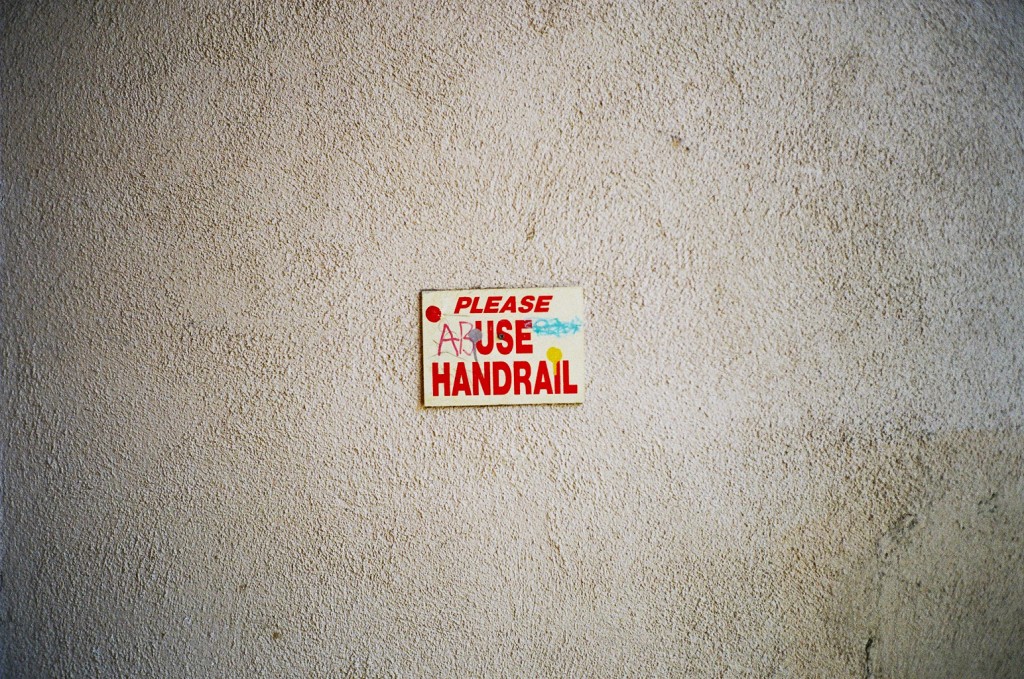 while in LA we got to know Xena, the friendly dog from the photo, who does not have radioactive eyes in real life, and is super friendly. she lives with Johnny, a friend of Jeff, who, obviously is also a super nice guy.
totally unrelated to that, we visited the Scientology building. why? no idea. we stopped to take a photo and next thing we know we are inside watching this dvd while two guys try to brainwash us. very creepy and made us late for lunch. i was not happy with that.
speaking of food - and you ll be reading a lot about food during these posts, i warn you - we stopped by Pizzanista for dinner one night. awesome vegan pizza, highly recommended. and we managed to meet Rafa, our Portuguese friend, living in Brazil, who happened to be in California at the same time as us. hadn't seen him in years, so it was great to catch up over pizza. 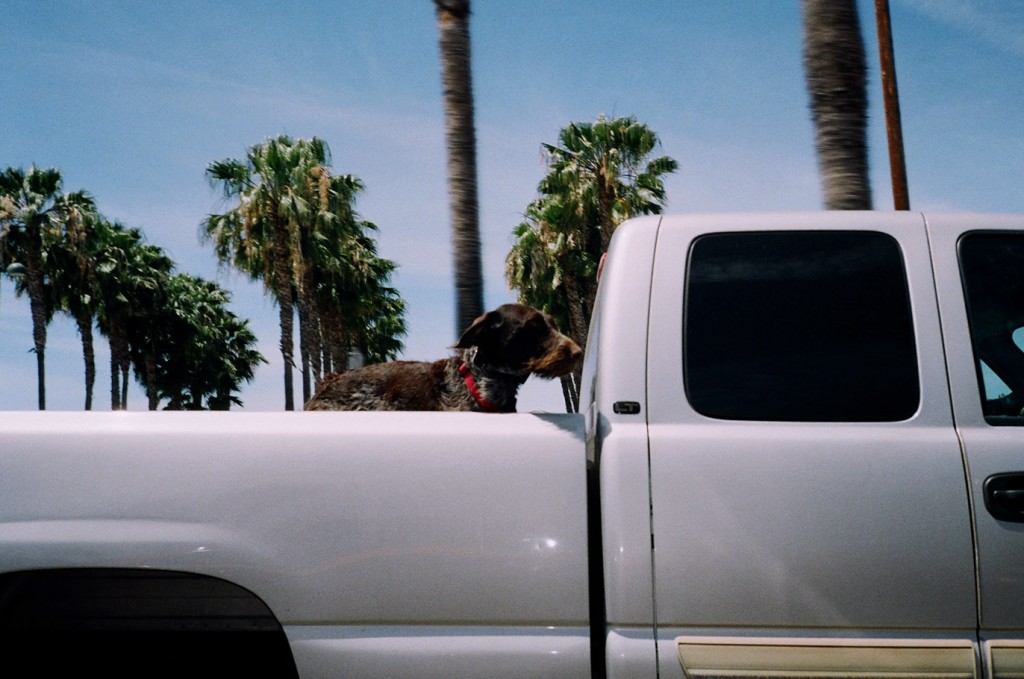 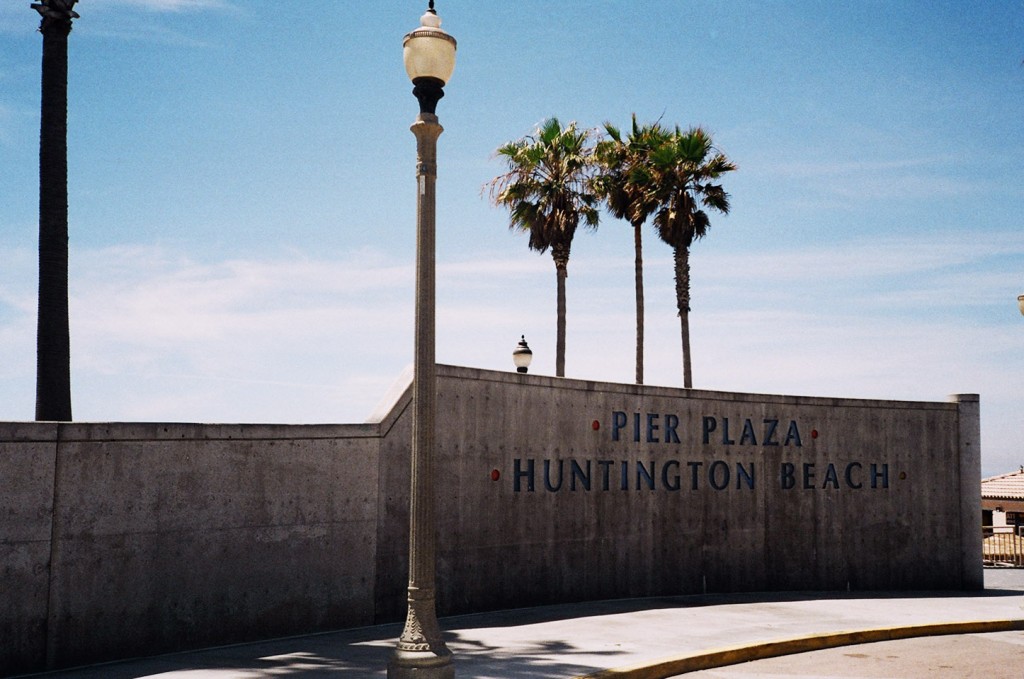 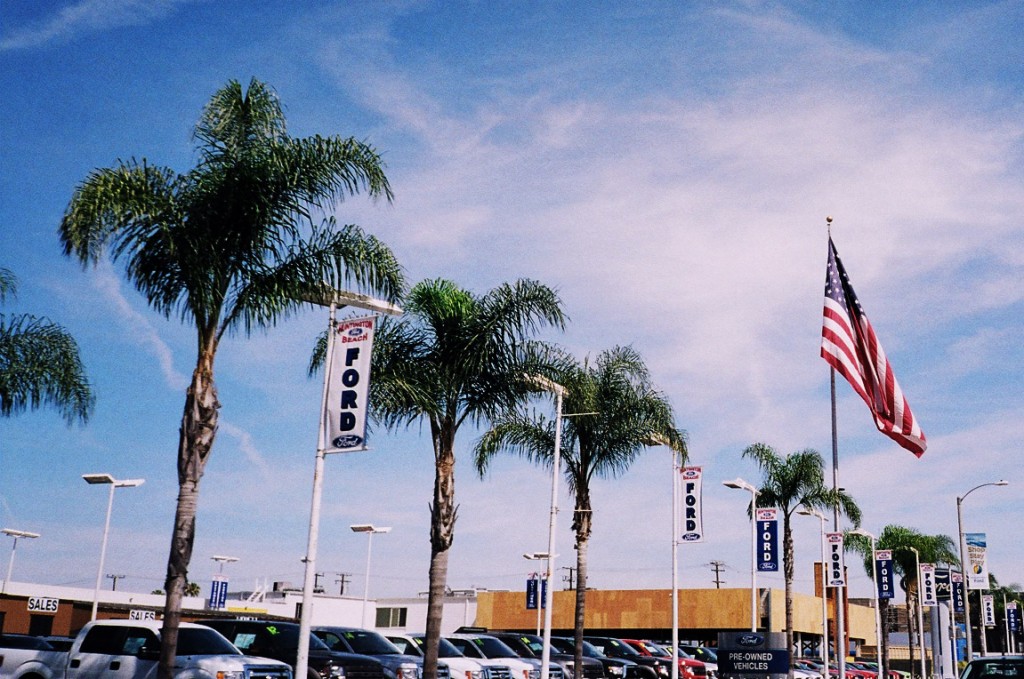 second (or was it third?) day in LA we decided to drive to Tijuana. we made a pit stop by Huntington Beach to see the pier - i guess we are all Ed Templeton's fans - and visit Revelation Records HQ.
we imagined Revelation to be a big building, open to tthe public where you could just walk in and visit. wrong. we just checked the address on google and drove there to realise its just their tiny offices and warehouse, where everyone is actually working and they don't have a guide to show you around or anything (which makes perfect sense, we dont know why we thought it would be like a museum or something. probably because in our minds its such part of our history that it SHOULD have a museum).
anyway, the people there were super nice, they showed us around and they said that we werent the first ones showing up unannounced and its quite frequent - about once a month - that people just drive there and ask to see the headquarters. we got some merch and headed out to get some food. 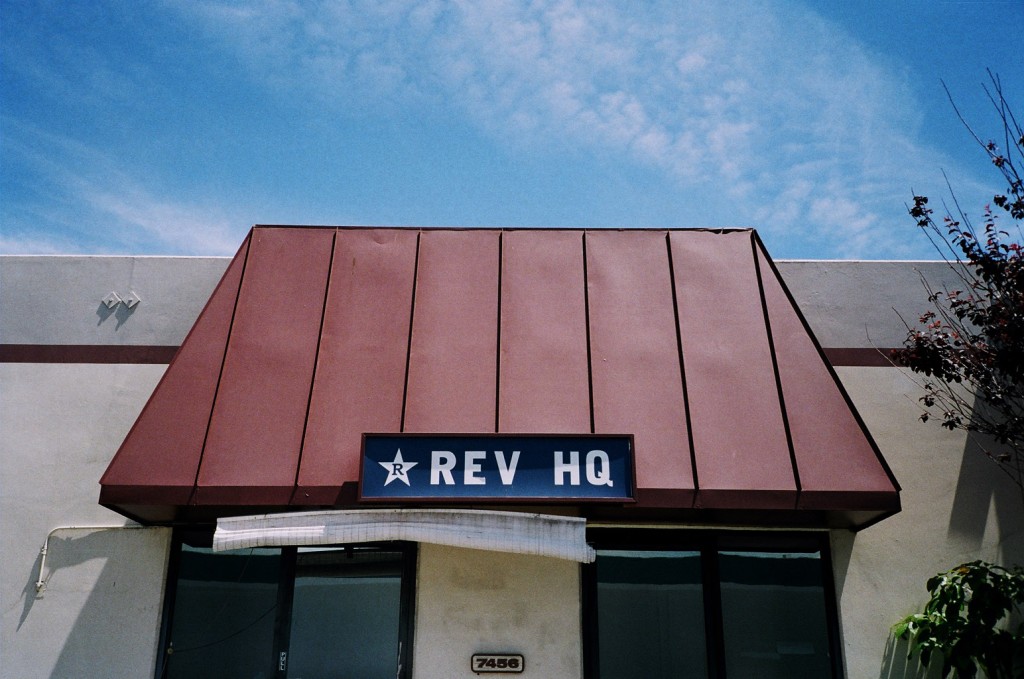 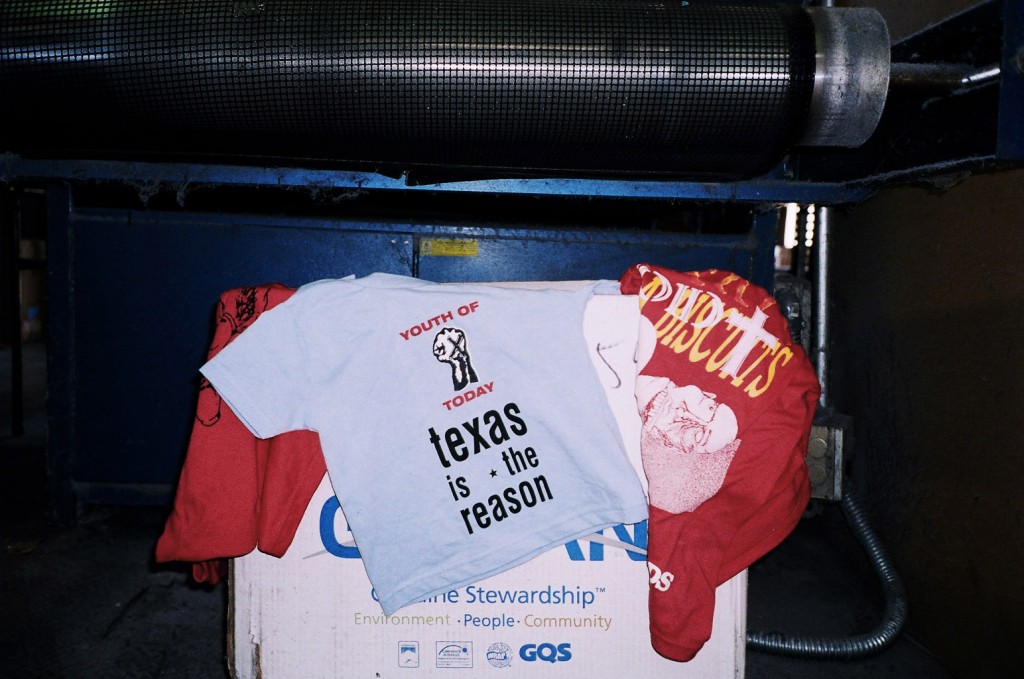 if you are now wondering why i wrote that we drove to Tijuana but no images of Mexico yet, well, that deserves a whole post for itself. hasta luego!